Lawsuits are on the Rise

Consider the following case reported by the Faces of Lawsuit Abuse

When Roberto Guerrero and his family emigrated from war-torn Nicaragua in the 1980s, they hoped to share their family’s love of coffee with the residents of San Francisco. Starting with one store in 1987, members of the family opened several coffee shops in the Bay Area, including two Cumaica Coffee stores owned by Roberto.

Roberto loves the city of San Francisco and its coffee-loving residents. “San Francisco has been very generous,” he said. “It’s where the doors of 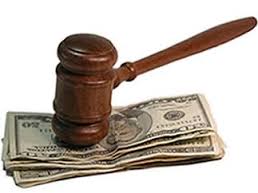 opportunity are opened” for first-generation immigrants like himself. Unfortunately, California’s version of the Americans with Disabilities Act (ADA) has created doors of opportunity for plaintiffs’ lawyers to target small businesses like Roberto’s.

It began when Roberto received a letter from a customer who claimed that certain features in Roberto’s store violated the ADA. All were minor violations such as a recycling bin placed too close to a door and a pastry case located too close to a counter. Roberto did not realize his store was in violation of the ADA but quickly made the requested changes and notified the customer.

The customer acknowledged that Roberto made the requested changes yet sued anyway and sought nearly $90,000 in damages. Unlike in most states, California law authorizes monetary damages in ADA cases, which incentivizes enterprising plaintiffs and their lawyers to bring lawsuits for even minor ADA violations. The law also provides for damages of up to $4,000 for each and every visit to a non-compliant business, encouraging plaintiffs to not report problems and instead repeatedly visit a business in order to claim greater payouts.

Roberto was shocked by the lawsuit and even invited the plaintiff and his attorney to see for themselves that the violations were corrected. The plaintiffs’ lawyer conceded that Roberto’s store was in compliance, but said it was too late to avoid the lawsuit. After about a year of litigation, Roberto settled the lawsuit.

But Roberto wasn’t the only small business owner targeted. At least 16 neighboring businesses were also sued by the same plaintiff. Two of them were forced to close. The plaintiff’s attorney claims to have filed 2,000 ADA lawsuits in California on behalf of several serial plaintiffs.

Roberto is angry about these lawsuits and the effect they have on businesses and the neighboring community. “These types of lawsuits highly abuse the law,” he said. “They affect an entire community, not just one business.”

Another recent example is of a patient suing his doctor’s property management LLC for injuries sustained when he slipped and fell while leaving the doctor’s office. Fortunately, the doctor holds his real estate in a separate entity from his medical practice.

Lawsuits are often used as a weapon to attack the corporate veil and to reach business and personal assets in hopes of a settlement. Now more than ever, it is important to follow the rules of corporate governance and to keep your corporate record up-to-date. Please contact your Governance Specialist with any questions or concerns.

As Always, It is our Pleasure to Serve You.

Corporate Assistance LLC is not a law firm .  Material discussed is meant for general illustration and/or information purposes only and is not to be construed as tax or legal advice. Although the information has been gathered from sources believed to be reliable, please note that individual situations can vary.  If legal advice is needed, consult your attorney.